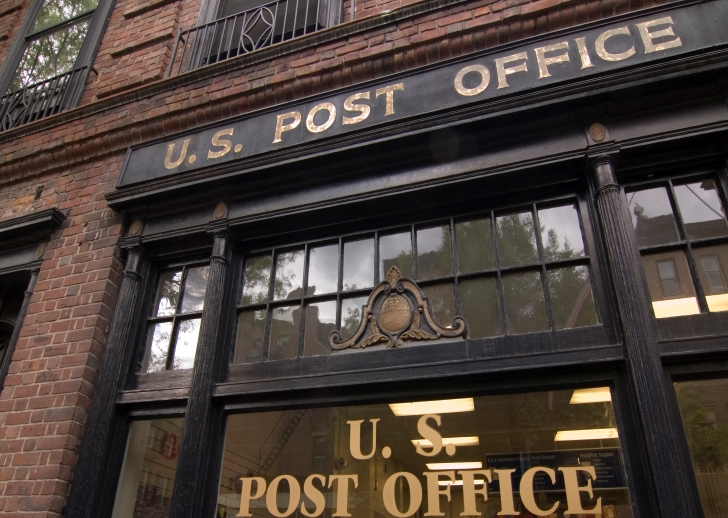 For more than two centuries, the nation’s postal service has bonded Americans scattered across a vast continent. To most of us, the U.S. mail is an essential institution. For American seniors, it is nothing less than a lifeline. Today’s older Americans rely on the postal service for mail-order prescription medications, paying bills, casting ballots in our nation’s elections, and keeping in touch with loved ones. The Coronavirus pandemic has only intensified seniors’ dependence on the United States Postal Service (USPS).

How unfortunate, then, that President Trump—who claims to be a champion for seniors—shows open disdain for the postal service. It’s no secret that USPS is in serious financial peril. Among other challenges, the postal service needs better cost control measures and is required by law to pre-fund 75 years of health care premiums for retired employees— which no other U.S. employer is compelled to do. With its costs rising and revenue diminished (a situation aggravated by the COVID crisis), some projections suggest USPS could become insolvent as early as September if it doesn’t get a sizable emergency cash infusion from the federal government.

Instead of helping, President Trump has rubbed salt in the wound by calling the postal service “a joke,” opposing emergency funding, and installing a Republican donor with no relevant experience as Postmaster General. Meanwhile, Congress has made a limited effort to prop up USPS. The CARES Coronavirus relief act included a $10 billion loan for the postal service. The latest House-passed relief bill, the HEROES Act, includes $25 billion in emergency funding, but the postal service says it needs $75 billion to remain solvent. Unfortunately, some on Capitol Hill are hesitant to approve any new money – and the President is openly hostile to the idea.

Refusing to bolster the United States Postal Service in its time of need is nothing short of a betrayal of American seniors, who are more reliant upon the US Postal Service than any other age group. For many older citizens, there is no replacement for the U.S. Mail. According to the National Council on Aging, “41 percent of older Americans do not use the Internet at all, meaning more than 18 million seniors might be cut off from [services] they need most.”

It is not an exaggeration to say that many seniors literally could not obtain their prescription medicines without mail service. Older Americans simply do not pick up medications from the pharmacy at the rate younger people do, especially during the Coronavirus crisis. In fact, the Postal Service delivered 1.2 billion prescriptions in 2019, including nearly all of the prescriptions for older veterans through the VA health system. Seniors in rural areas especially rely on mail order prescriptions. Many pharmacies outside of major urban areas have been forced to close due to the pandemic. Imagine these seniors suddenly cut off from their heart, asthma, blood pressure, or diabetes medications because the postal service is allowed to go bankrupt.

Older Americans also rely on the mail to exercise their right to vote—primarily due to health issues, disabilities, or lack of transportation. Again, this is especially true for rural voters, who tend to be older on average and may have difficulty reaching remote polling places. For these American seniors, voting by mail truly is the only option. Unfortunately, President Trump is waging a veritable war on mail-in voting, likely fearing that it will hurt his chances for re-election. He even threatened to withhold Coronavirus relief funding from Michigan and Nevada because they are expanding voting by mail.

For isolated seniors, the postal service also provides some of the only regular human interaction they experience during the course of the day or week. Casey Cep, the daughter of a longtime letter carrier, wrote in the New Yorker, “My mother is so close with the people who live along her route that they have always felt like second or third cousins to me.” Cep says that her mother once rescued a senior on her route who had fallen and couldn’t call for help. Fortunately, her mother is not unique; many postal workers fill that role. In fact, USPS offers a Carrier Alert program where letter carriers routinely monitor the well-being of elderly customers. That service, which helps to safeguard seniors in our communities, would disappear if USPS collapses.

Seniors also rely upon the mail to maintain crucial social contacts. That’s 18 million seniors whose only means of communicating with friends and relatives, besides the telephone, is the U.S. mail. The demise of the postal service could harm seniors’ sense of well-being. No responsible leader should allow that to happen.

Just as crucially, the postal service provides many seniors with a means of financial independence. USPS is one of the nation’s major employers of older workers. As of last year, the postal service employed 50,000 workers aged 65 and older, and an additional 186,000 workers aged 55-64. ‘Postal worker’ is one of the most popular jobs for seniors, who often confront age discrimination or more arduous physical demands in other fields.

It’s clear that the United States Postal Service provides tremendous service and value to seniors, not to mention millions of other Americans. According to a recent survey, more than 90% of the public (across party lines) has a positive view of the postal service—higher than any other government agency. It does not seem politically wise for the President or his allies in Congress to undermine such a patently popular American institution.

The president’s attempt to undermine the postal service is more evidence of his indifference to the needs of older Americans. This includes the Trump administration’s proposals to misuse Social Security funding for unrelated purposes, to slash Social Security Disability Insurance, to weaken traditional Medicare, and to eliminate federal grants for Meals on Wheels and home heating assistance for seniors. During the COVID crisis, the Trump administration has failed to help contain infection rates and deaths in nursing homes, while insisting that the country re-open as the virus continues to take a disproportionate toll on the elderly. What a terrible time, then, to threaten the lifeline that the U.S. mail provides to millions of older Americans. If “neither snow nor rain nor heat nor gloom of night” prevents the postal service from fulfilling so many of our seniors’ needs, then neither should the President or the U.S. Congress.