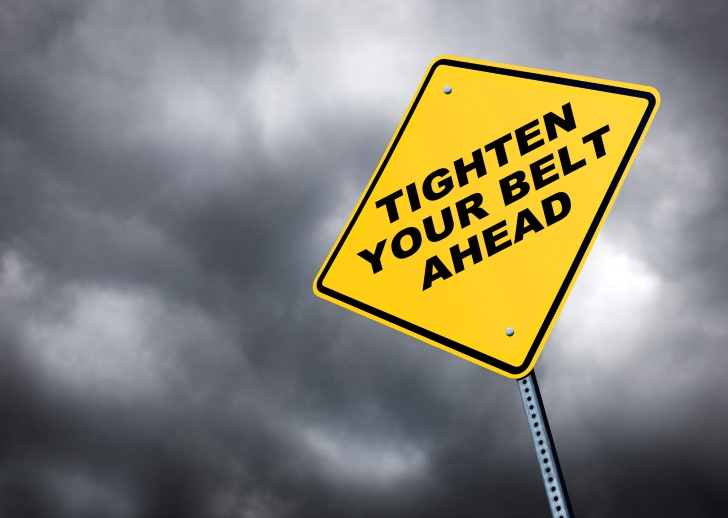 As Congress considers another much-needed coronavirus relief bill, a group of lawmakers is attempting to inject proposals that could permanently tear our social safety net. Sixty members of the U.S. House — almost evenly split between the two parties — sent a letter to Speaker Nancy Pelosi demanding that two austerity mechanisms be wedged into any new relief legislation. They are the TRUST Act and Debt-to-Gross Domestic Product (GDP) ratio budget targets. Both would likely result in deep cuts to social insurance programs under the guise of “fiscal responsibility.”

The TRUST Act (introduced by Sen. Mitt Romney) would create “Rescue Committees” to draft legislation addressing the solvency of federal trust funds, including Social Security and Medicare. Once these committees approved a trust fund bill, the legislation would be fast-tracked in the House and Senate, bypassing regular order. This would open up Social Security and Medicare to potentially devastating across-the-board cuts. Significantly, the bill does not ask these committees to consider whether benefits meet Americans’ financial and health security needs.

The second measure that the 60 House members are pursuing poses an even bigger threat to older and lower-income Americans. It is based on a Senate bill (S. 2765) that would trigger an automatic process if the debt-to-GDP ratio increased from levels approved in the previous year’s budget. This process would require Congress to consider filibuster-proof legislation that would likely cut mandatory programs — including Medicare, Medicaid, the Supplemental Nutrition Assistance Program (SNAP) and insurance subsidies provided through the Affordable Care Act — to ensure that the budget meets debt-to-GDP ratio targets.

The Center on Budget and Policy Priorities estimates that if S. 2765 had been enacted in 2017, the debt-to-GDP mechanism would have resulted in $3 trillion in cuts over 10 years to programs that help provide nutrition and medical care to the elderly and poor. These painful cuts could be executed by a simple majority vote in each house of Congress through the budget reconciliation process, exempt from filibuster in the Senate. Republicans used that same process in their failed attempt to repeal the Affordable Care Act — and in ramming through the Trump/GOP tax cuts in 2017.

Make no mistake, the majority of Americans (across party lines) do not support cuts to Social Security, Medicare or Medicaid. But these two proposals would allow members of Congress to hide behind special committees and automatic procedures, yoking them to an austere fiscal policy without regard for their constituents’ needs or mitigating economic circumstances (including future recessions).

There was a paucity of GOP concern for austerity during the passage of the Trump tax cuts in 2017, which will swell the debt by $1.5 trillion over the next decade while showering benefits on the wealthy and large corporations. Afterward, though, conservatives declared that “entitlements” would have to be cut to pay for the tax scheme. The TRUST Act and debt-to-GDP measures reflect the same philosophy: The poorest and most vulnerable Americans must bear the burden of debt reduction.

Seniors’ advocates, including my organization, the National Committee to Preserve Social Security and Medicare, sent House Speaker Nancy Pelosi a letter urging that the two austerity measures be excluded from a new coronavirus relief bill. We are also reaching out to members of Congress who endorsed the austerity measures. Our message: Swelling debt and deficits are legitimate concerns, but lawmakers should not enact legislation that compels future Congresses to cut Americans’ benefits while lavishing tax cuts on those who need it least.

Now is the time to provide additional relief to workers, small businesses, the unemployed and their families struggling through this pandemic — not to punish them with future benefit cuts.