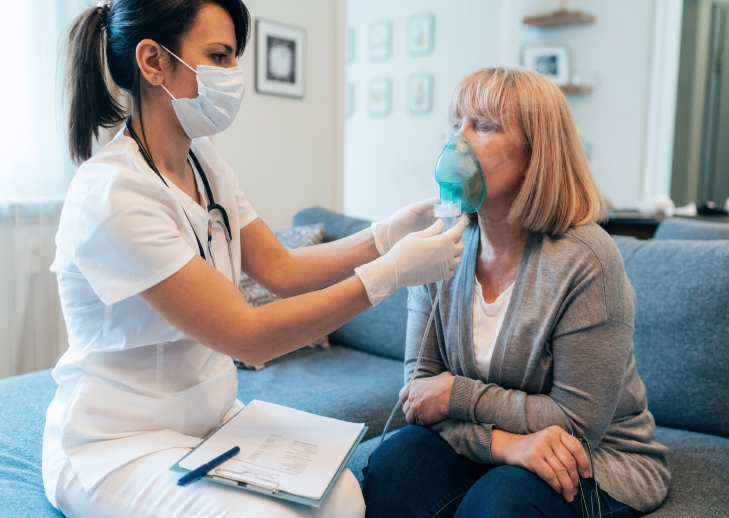 COVID-19 has shined a harsh light on America’s long-term care challenges. Fifty-four thousand nursing home residents and staff have perished during the pandemic, and the numbers continue to climb. Unpreparedness, understaffing, and a lack of accountability at skilled nursing facilities have aggravated this crisis — along with an ineffective response from the Trump administration. The pandemic reminds us in the starkest of terms of the need for affordable long-term care insurance.

Most seniors simply can’t pay the average $100,000 a year for a nursing home, $50,000 for in-home care, or $45,000 for assisted living. Too many families spend down their assets trying to cover these costs for their older loved ones if they can afford to at all. At the same time, more than half of adults turning 65 today eventually will require long-term assistance with daily activities such as eating, dressing, and bathing. Seniors who have worked hard their entire lives should not have to struggle to afford this essential care — or suffer the consequences of living without it.

Many Americans assume that Medicare pays for long-term care. In reality, Medicare only covers up to 100 days of skilled nursing care for patients who have been discharged from the hospital after a minimum 3-day inpatient stay. There are additional criteria that must be met before being approved for this limited coverage. The Medicaid program actually does cover skilled nursing care for qualifying, lower-income patients (but does not pay for assisted living). Middle-class seniors must impoverish themselves simply to qualify for Medicaid coverage. Meanwhile, private long-term care insurance policies can be expensive and complicated, with insurers increasingly abandoning a market that is decreasingly profitable.

It’s way past time for the federal government to provide more extensive long-term care coverage for a senior population that is swelling by the day. (10,000 Baby Boomers reach age 65 every day in America.) To be fair, the Affordable Care Act included a long-term care insurance program called Community Living Assistance Services and Supports (CLASS). But the law precluded the use of federal tax subsidies for the new long-term care program – and CLASS quickly collapsed under its own weight.

Since then, congressional Democrats have been exploring alternatives. In 2018, Rep. Frank Pallone (D-N.J.), who is now chairman of House Energy and Commerce Committee, released a discussion draft of a bill to establish a long-term care benefit within Medicare. When asked for an update on that legislation, a Pallone spokesperson told us that “The Chairman is continuing to work with experts and stakeholders to incorporate feedback received on the discussion draft and to build on its framework.”

Taking a slightly different tack, House Ways and Means Committee Chairman Richard Neal (D-Mass.) is probing the possibility of including long-term-care coverage in Medigap supplemental insurance. “We are trying to think creatively about ways to make long-term care supports more available and affordable for seniors,” says the chairman’s office. “Providing long-term care coverage through Medigap may be a partial and imperfect solution. But it could provide some relief.”

Meanwhile, House Ways and Means Committee member Thomas Suozzi (D-N.Y.) is developing a long-term care insurance plan. Under the bill he’s crafting, enrollees could claim a federal long-term care benefit – only after receiving 1-4 years of family caregiving, state or locally funded care, or private long-term care insurance coverage. The exact waiting period would be tied to beneficiaries’ lifetime income, with a longer wait for higher-earners and shorter periods for middle-and low-income individuals. Suozzi proposes to pay for his plan by imposing an additional Medicare payroll tax of less than 1 percent on all wage-earners, beginning around age 40.

These myriad approaches demonstrate that there is little consensus among policy experts about how best to structure a federal long-term care insurance program. The considerations are fairly head-spinning, including whether such a program would be fully public or some sort of public-private hybrid; how much “skin in the game” enrollees should have in terms of cost-sharing; whether participation would be mandatory or voluntary, and if coverage would be universal — or not. The biggest challenge, of course, is funding the program in a way that avoids the actuarial pitfalls that have driven so many private long-term care insurers out of the market.

Many other countries– including Japan, Germany, the Netherlands, Denmark, and France — have already solved this puzzle by expanding existing social insurance programs or creating standalone, universal long-term care coverage. Here at home, states like Illinois, Minnesota, Michigan, and Washington are experimenting with various long-term care insurance plans. These countries and states offer potential models for a national program. If they can do it, so can our federal government.

Medicaid — which is the government’s largest long-term insurer to date — has a demonstration program that provides grants to states to help seniors stay in their homes. This program has already helped more than 90,000 seniors receive in-home care as an alternative to nursing homes.

Finding a solution to the nation’s long-term care crisis is not an easy task. But it is an essential one — and considerably overdue. It’s unfortunate that it took a pandemic to raise the country’s awareness. But this renewed attention gives lawmakers a golden opportunity to advance this issue. The outcome of the 2020 election may also give these efforts a much-needed boost. The United States of America, one of the wealthiest nations in the world, can no longer be a country where seniors are forced to compromise their dignity and health because they literally cannot afford to grow old.