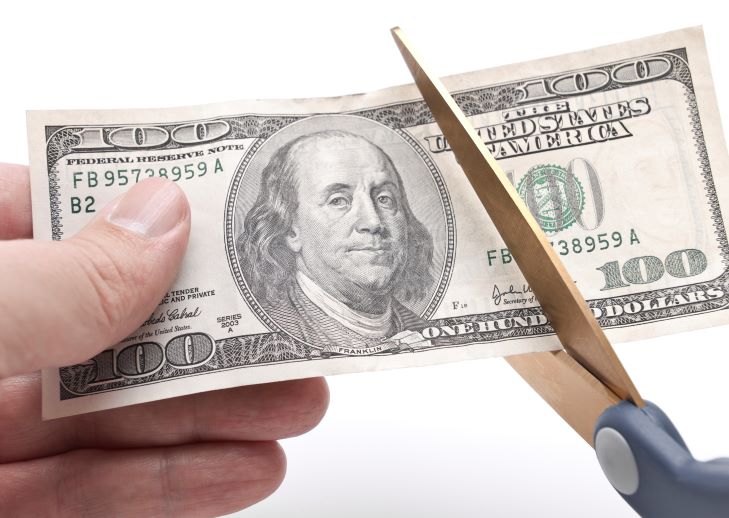 When it comes to Social Security and Medicare, President Trump can’t help saying the quiet part out loud: he would like to cut both programs, despite his campaign promises to protect them. During a town hall on Fox News last night, moderator Martha MacCallum asked the president whether he would cut ‘entitlements’ to reduce the soaring debt. Trump replied, “We’ll be cutting, but we’re also going to have (economic) growth like we’ve never seen before.”

This is Trump’s second admission in less than two months of his true intentions regarding seniors’ earned benefits. In January, responding to a CNBC interviewer, the president said that he would “look at” cutting Medicare and Social Security because it’s “actually the easiest of all things, because it’s such a big percentage (of the debt).”

Through these statements, Trump indicates that he has bought into the fiscal conservatives’ fallacy that ‘entitlements’ are the biggest drivers of the debt and therefore must be cut to reduce it. In fact, ‘tax expenditures’ – revenue that the federal government forgoes through tax breaks (especially the Trump/GOP cuts of 2017) – are the number one contributors to the debt.

Social Security and Medicare Part A are fully self-financed through workers’ payroll contributions and do not add to the national debt. Medicare Parts B and D are financed, in part, by premiums. There are fairer ways to reduce the debt (including repealing those reckless 2017 tax cuts for the wealthy and big corporations) than cutting benefits for seniors living on fixed incomes. Tomorrow’s seniors will rely even more on their earned benefits to make ends meet.

Earlier this week, the president floated the idea of a temporary Social Security payroll tax cut in order to stimulate the economy amidst the coronavirus epidemic. A payroll tax cut, while providing a few extra dollars for workers in the short-term, would rob Social Security of much-needed revenue for the future. As NCPSSM president Max Richtman wrote this week in The Hill:

“If the president wants to use Social Security to stimulate the economy, why not boost benefits — instead of cutting payroll contributions? Social Security already provides more than $1.6 trillion in economic stimulus every year — as beneficiaries spend their benefit checks in their communities. Increasing benefits would provide even greater economic stimulus.” – National committee president Max Richtman, The Hill newspaper, 3/5/20

President Trump could honor his promises (most recently, in the State of the Union address) to protect Social Security and Medicare by supporting legislation like Rep. John Larson’s Social Security 2100 Act and the Lower Drug Costs Now Act (H.R. 3). But, of course, Trump does not support either measure – and neither do his GOP allies in Congress – because bills challenge conservative orthodoxy that demands earned benefits be cut instead of boosted, even though both pieces of legislation can be paid for without burdening current and future seniors.

It’s ironic that a president who vowed to preserve Social Security, Medicare, and Medicaid has offered budgets that cut all three by more than a trillion dollars over ten years.

“This budget would drastically cut programs that benefit America’s oldest — including many vulnerable — citizens. The president’s spending plan calls for deep reductions to Social Security Disability Insurance, breaking his promise not to touch Social Security. It also includes cuts in Medicare, another program he promised not to touch. By gutting Medicaid, the president’s budget jeopardizes access to the long-term care covered by the program — violating another Trump campaign pledge.” – National Committee ‘Viewpoint,’ 2/12/20

This election year, the president has postured as the savior of Social Security and Medicare – claiming Democrats seek to “destroy” both programs. This ‘opposite world’ narrative quickly dissipates by listening to the president’s own pronouncements. The words “cut entitlements’ come up an awful lot in his remarks, reinforced by his actual budget proposals. The words “expand and strengthen” workers’ earned benefits do not.