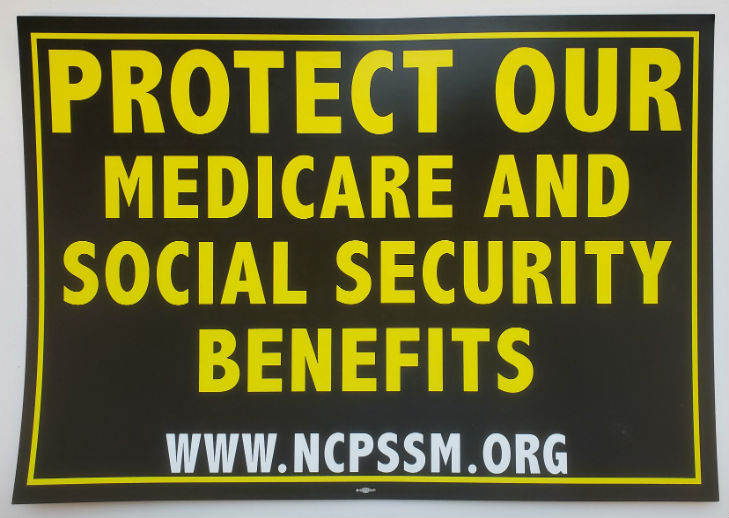 Local citizens organized by a National Committee volunteer protested the President’s fact-challenged Medicare speech at the Villages retirement community outside Ocala, Florida on Thursday. The roadside protest near the Ocala airport (where Air Force One landed) was a reminder that seniors shouldn’t be fooled by the President’s misleading Medicare rhetoric. Protesters ranging in age from their 40’s to 80’s held signs reading, “Hands off my Medicare” and “Protect our Medicare Benefits,” eliciting honks and waves from passing cars. The protest garnered coverage in today’s Ocala Star News:

“There are (affluent) people out there that think Medicare is just extra spending money,” said one of the protesters, Anne Mangum, who says many Americans need every penny from Medicare to survive. Mangum said Trump’s team organized the invitation-only event at an affluent retirement community where most of the residents “do not need Medicare.” – Ocala Star News, 10/4/19

“It was invigorating,” says Mary Savage, the local National Committee volunteer and activist who organized the protest. “The majority of people passing by were thumbs-up and supportive,” she adds, in stark contrast to the invitation-only crowd at the Villages retirement community where Trump spoke.

Savage rejected the President’s claim that he and the GOP will “protect” Medicare. “How is that possible, when the Republicans want to privatize everything and give money to corporations and leave crumbs for everyone else?”

She also excoriated Trump for proposing to cut Medicare by billions of dollars and Medicaid by more than one trillion dollars. Medicaid covered skilled nursing care for Savage’s elderly mother, who was legally blind, wheelchair-bound, and suffering from high blood pressure. “I don’t want to think about what would have happened without Medicaid,” she says. “We would have been financially devastated.”